Day 8 of our Florida adventure saw us go to another one of the Disneyworld Parks – Epcot.
Epcot is a hell of a lot bigger than I had expected it to be. It’s twice the size of Magic Kingdom! Epcot is all about international culture and technological innovation.
There is a large lake in the centre and around the lake you walk through different ‘countries’. There are themed areas with shops, food and other things to represent each area. The Disney characters also had meets in the country they were based in.
It was so much fun meeting the characters, we met most at Epcot and had some photos taken.
Talking to Disney Princesses is such a strange thing. They are so in character and it’s little scary.
Belle gazed lovingly into my eyes while pointing out my snitch and asking what my favourite Harry Potter film was. I feared for my life.
Aurora complimented me on my dress and asked if her fairies could make her one like mine, I laughed nervously and said no. She hugged me and I was frighted.
Aladdin and Jasmine basically slagged off Abu the whole time, saying he was greedy and always up to mischief.
Alice had a really fake British accent.
Overall it was a fun and terrifying experience.

We went on 3 rides at Epcot using our fast passes, there were a couple more I wanted to go on but we weren’t able to get the fast pass for them and the queue was too long. Here are the ones we did get to go on though:
Mission Space.
FUCK ME THIS MADE ME WANT TO DIE. I was terrified. As you walk through the queue, you are blasted with messages about how you can back out now and you should if you don’t like spinning and get motion sickness. The thought of this terrified me.
We were taken into a room and shown a video and then told we all had a part to play, such as captain etc. We were to press a button at certain times to activate take off and several things.
We went in and it was 4 seats in a row and screens closed in on us so it was all we could see. We were basically told we should look at the screen and keep our heads straight to avoid feeling dizzy and ill.
When it set off, the screen simulated you tilting backwards and then taking off. It felt HORRIBLE. It was like all my bones were being crushed down. It works by spinning around really fast to make it feel like a real rocket. It took us to Mars and I was so scared that it would take us back to Earth, but thankfully it was the end of the ride then! I can see how it could make some people really ill!
Test Track.
This ride was a race car ride, where you went through various tests in a race car, such as emergency stops and weather condition tests. Then at the end it does a speed test where it goes really fast around a track and it makes your head feel or funny!
Before you went on the ride, you could create your own car and after each test, it told you which car out of all that had been created did the best in that test. At the end, it had which car won.
When you got off the ride, you walk through an area of games and you can put your car on a small track and race it. There were also some real cars that you could get in and look at.
The Seas with Nemo and Friends.
This was a children’s ride where you got on and it took you through the sea and you could see Nemo and all his friends. It was quite clever really as it was all digital and all the characters looked 3D in the water.
We went on Maelstrom also, but that was a different day =)
Heres the photos: 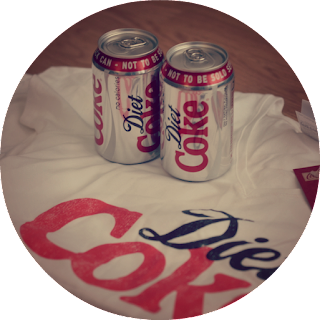