I know I’ve posted about the Yak and Yeti in York before. But I just love it.

For those who don’t know from my previous post, Yak and Yeti is a Nepalese restaurant in York. With the Gurkha Signal Squadron based at Imphal Barracks only a mile away, it’s actually not as strange as you would think to find Nepalese food in the very British York. The Gurkha’s have served as part of the British army for over 200 years.

A funny story – it’s a family run business and one of the people that work there live next door to us! They often have family over and entertain in the garden and it always smells amazing! We should pay them to cook our meals, haha. I feel like it is meant to be – the owner once shared one of my reviews the same day as we had planned to go back and he came out and chatted to me for a bit, then we end up living next door to them!

Anyway, when I had a friend over a few weeks ago, I decided to show her my favourite restaurant in York.

We booked a table as it’s hard to get a table on Saturday – we booked in pretty early as we were going to spend the day in York. At 5:30, the place was pretty quiet. By the time we were leaving, all the tables were full.

We both got the chilli momos rather than the steamed ones. Be warned – they are quite spicy!

I got my usual – Everest lamb and it did not disappoint! It’s so fresh, rich and tasty. I usually get the lentil dahl but decided to stay away from it because lentils can make me feel a bit bloated.

Anyway, another lovely meal at the Yak and Yeti – we’ll be back soon as my boyfriend feels like he missed out.

There is a second Nepalese restaurant in York, but we have no desire to go. We’ve heard from a few people that it’s not as nice as the Yak and Yeti so we shall stick to the original. 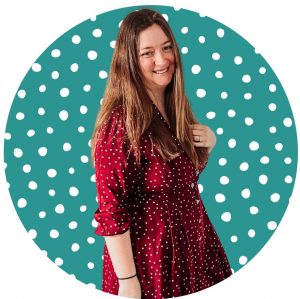